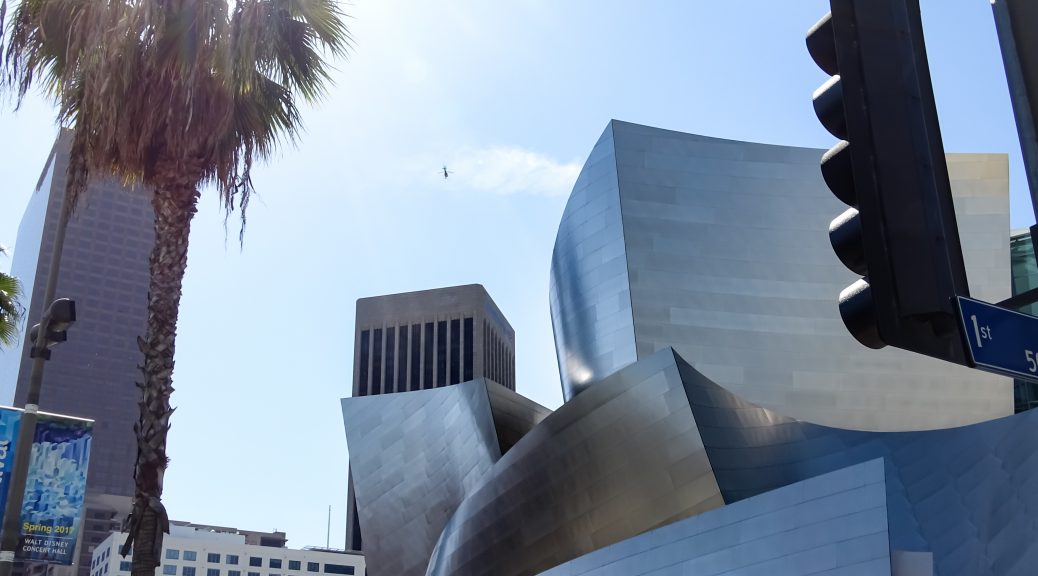 On March 28th, we visited the Walt Disney Concert Hall, designed by Frank O. Gehry. The very fact that the entry into the underground parking lot is part of the main experience, makes your visit much more interesting.

The first impressions about the building are connected with mixed feelings. On the one hand it`s really amazing to see this giant, round shapes which are harmonious flowing into each other, but on the other hand the building is too large to capture the total composition with the eyes. When you stand in front of the hall and follow with your eyes the wave-like curves you perceive this musical movement.

The Broad, another modern building, is located next to the concert hall. It is a contemporary art museum, designed by the architecture firm Diller Scofidio + Renfro. I notice, that these two buildings harmonize with one another, although the structures are completely differently. The Broad is, in contrast to the Walt Disney Concert Hall, clearly defined. Meanwhile the concert hall appear to be free of any rules. The geometric shapes harmonize with each other, like a symphony. The composition of its shapes seem unstructured and accidentally put together although there exists a well-ordered balance. It is true that this Gehry-Building fits appropriately in Downtown of Los Angeles. The concert hall harmonize with the other buildings in this area. As we enter the lobby of the music hall, I immediately recognized this huge plastic clouds above the escalator. On the website of the Los Angeles Philharmonic they considered this clouds as a performance and sound installation, named Nimbus and realised by the team of The Industry with its artistic director Yuval Sharon.

With our private tour guide, we had the possibility to explore the inside of the hall. The inner space was painted white and had everywhere this red carpet. Such carpets were very modern in the nineties but today nobody uses this element anymore. The design inside was entirely different, from the outside. Inside you hadn`t much this feeling of standing in the middle of a typical building designed by one of the most famous architect ever. The whole interior seemed rather unsophisticated Inside the Walt Disney Concert Hall/ photo by the author

Another detail that we have seen, is the inner structure, in other words, the steelwork which shores the outside wall. It was a pity that we couldn`t enter the main auditorium. We were told that the Los Angeles Philharmonic were at practice.

At the end of our tour we went over to the garden of the Walt Disney Concert Hall. It is called the Blue Ribbon Garden. It is open to the public and is located on the roof. It is a beautiful place to calm down and to escape from the big city stress. The trees harmonize with the building. Some flow along the walls of the hall and the shapes of these trees are similar to the shapes of the building.
The reflected sunlight from the concert hall expose the whole garden in a beautiful shining. One highlight is the fountain A Rose for Lilly, designed by Gehry. It is a tribute to Lillian Disney and her love for porcelain vases and roses. The backyard/ photo by the author

After I have seen this amazing construction I must think of Philip Johnson, because when Sydney Pollack asks him in his documentary about Gehry, if it was possible to get his buildings in two dimensions on film, he responds: “Hopeless, you better give it up. Become an architect!”. 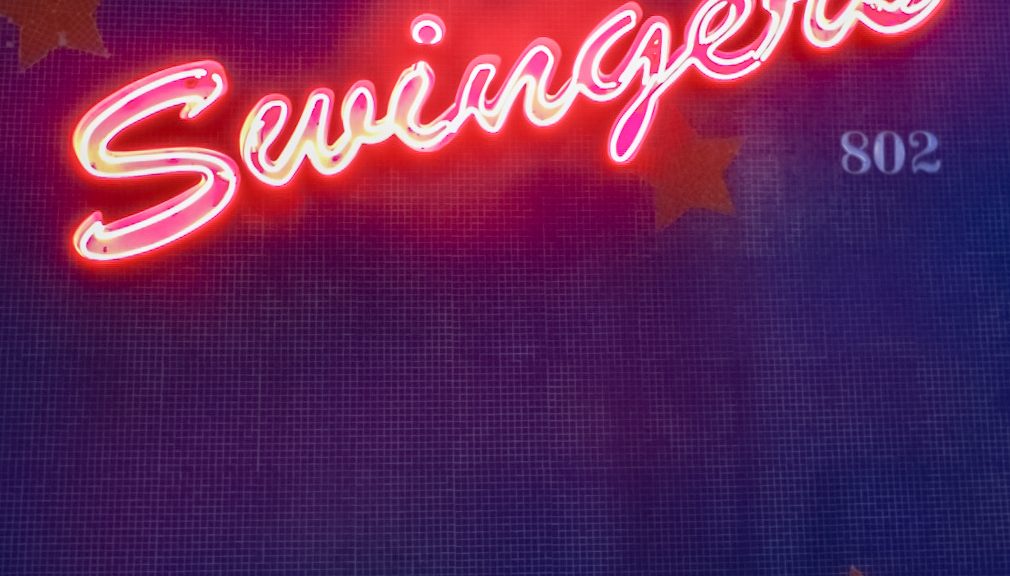 On March 26th, after a long day of having explored some modernist buildings like for example the Sheats-Goldstein-Residence and the Chemosphere/Malin Residence, both designed by the architect John Lautner,  we had dinner at the Swingers Diners, a Googie-style Restaurant in Santa Monica.

One thing that strikes you immediately when you go along the front of the dining room is the red neon lettering. Neon signs are typical elements for the Googie-Architecture to catch driver`s attention and you also have an easy access with your car because of a huge parking lot in front of the restaurant.

Inside this retro coffee-shop one starts to feel like one is transported to a former time. The furnishings looks exactly like the interior equipment you know from a bar from the 50s/60s. I was very fascinating to notice how it was decorated with care in every detail. It is, in my opinion, a very well-done reproduction of a 50s/60s Diner restaurant. Inside the restaurant you have a continuous space, guaranteeing you a clear view through the saloon. The space is flooded with light because of the huge windows and the pitch of its roof. These are typical elements of the Googie-Architecture. The furniture, like for example the covers of the chairs reminds me of picnic blankets and the lamps have these futuristic shapes.

If you want to perceive this American way of life you must eat at one of these restaurants. They stand in a stereotyped, but also somehow true way for the American gastronomy.